Ultrasonic haptic feedback involves the creation of focused air pressure waves from an array of ultrasound transducers. These are reflected off the skin to create tactile sensations without being in direct contact with an actuator. It is potentially useful for gestural interfaces, such as those that utilise body position, hand movements or finger gestures for input, as these interfaces suffer from a lack of tactile feedback. Ultrasonic haptic feedback is based on the principle of acoustic radiation pressure, where a phased array of ultrasonic transducers creates a beam focused at a point in 3D space. The narrow focus of the beam is determined by the wavelength of the ultrasound (e.g., 8.6mm at 40kHz) and the ultrasound is modulated with a lower frequency, such as 200Hz, so as to be perceivable by mechanoreceptors in the skin. When a focal point is reflected off the skin, the force produced creates a localised tactile sensation akin to “air”, “breeze” or “wind”. Focal points can be produced at high spatial resolution and moved rapidly in the space above the array. The applications of this novel form of haptic feedback in HCI have been steadily increasing. It has the advantage of providing tactile feedback in mid-air, without the user holding a device or having one attached. This research has been conducted in collaboration with Bristol University and UltraHaptics. 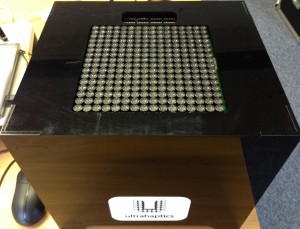 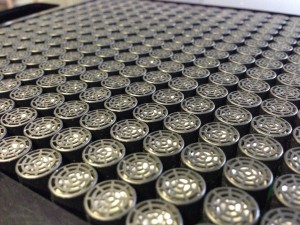 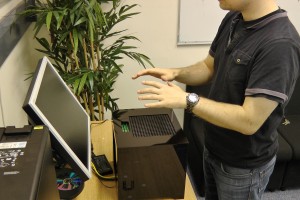 Localisation and Perception of Motion

Research on ultrasonic haptics has tested the detection or differentiation of one or multiple points of feedback , the two-point visual-tactile threshold and presented interaction prototypes with limited user studies. Research is needed on what spatial or temporal parameters influence localisation and perception of motion. Two lab experiments were carried out: the first tested localisation of static feedback on the hand to determine spatial resolution for ultrasonic haptics. The second tested the perception of motion across two axes on the hand, to identify which characteristics of feedback (distance, duration, number of stimulated positions and movement direction) elicit convincing sensations of motion. 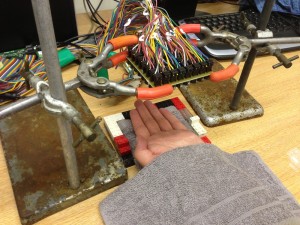 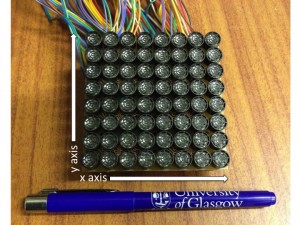