The Levitate project is investigating a radical new way of interacting with data by using levitating particles to create a mid-air display. Users will be able see, hear and feel objects that levitate in front of them, without having to wear any other device.

The following image shows an example of acoustic levitation, using one of our prototype devices. It shows eight polystyrene beads at the corners of a cube, which are being levitated between two arrays of ultrasound transducers. By manipulating the acoustic field between the transducers, we are able to move the objects independently in three dimensions. 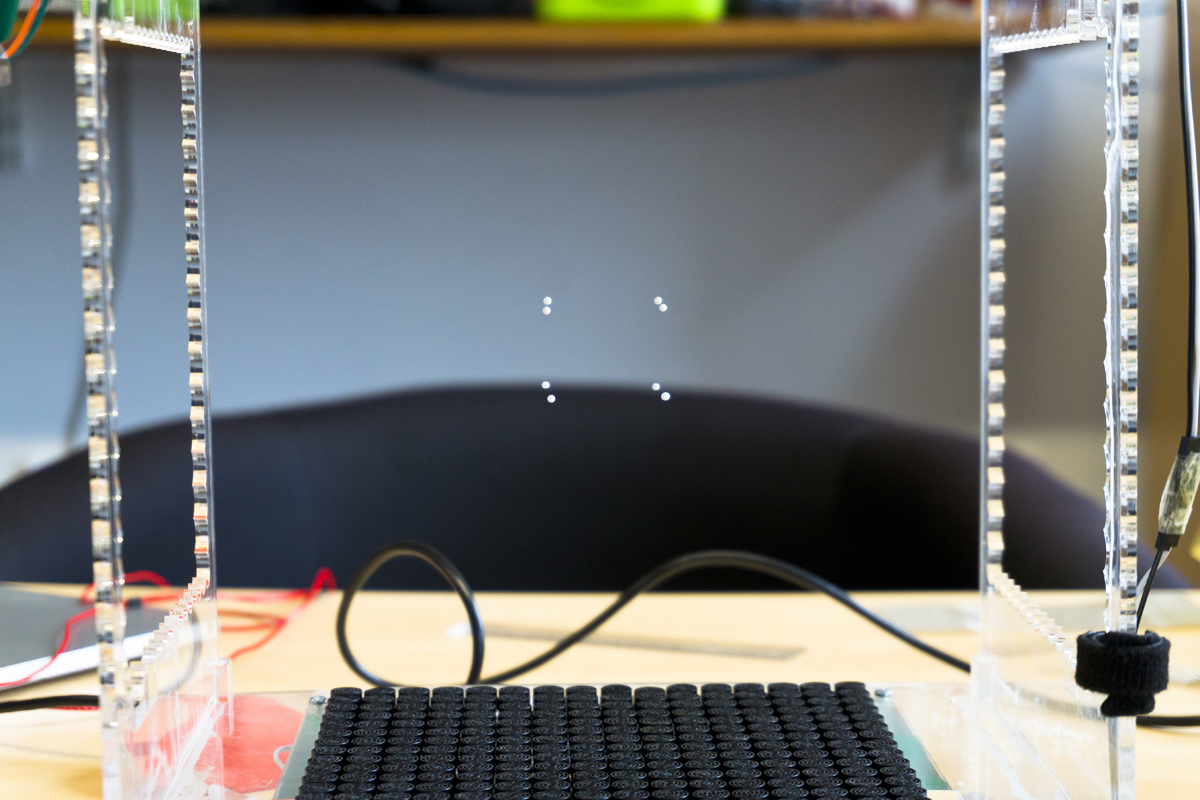 We’re working with some awesome people on this project: Chalmers University of Technology in Gothenburg, Sweden; Bayreuth University in Bayreuth, Germany; University of Sussex in Brighton, England; and Ultrahaptics in Bristol, England.

At University of Glasgow, we have Stephen Brewster, Julie Williamson, Euan Freeman and Praxitelis Kourtelos working on the project. We frequently collaborate with Dennis and Debbie from realrealreal.

This research has received funding from the European Union’s Horizon 2020 research and innovation programme under grant agreement #737087.