Mid-air gestures in cars are being used by an increasing number of drivers on the road. Usability concerns mean good feedback is important, but a balance needs to be found between supporting interaction and reducing distraction in an already demanding environment. Visual feedback is most commonly used, but takes visual attention away from driving. We investigated novel non-visual alternatives to support the driver during mid-air gesture interaction: Cutaneous Push, Peripheral Lights, and Ultrasound feedback. These modalities lack the expressive capabilities of high resolution screens, but are intended to allow drivers to focus on the driving task.

A new form of haptic feedback — Cutaneous Push — was defined. Six solenoids were embedded along the rim of the steering wheel, creating three bumps under each palm. We investigated the efficacy of novel static and dynamic Cutaneous Push patterns, and their impact on driving performance. In simulated driving studies, the cutaneous patterns were tested. The results showed pattern identification rates of up to 81.3% for static patterns and 73.5% for dynamic patterns and 100% recognition of directional cues. Cutaneous Push notifications did not impact driving behaviour nor workload and showed very high user acceptance. Cutaneous Push patterns have the potential to make driving safer by providing non-visual and instantaneous messages, for example to indicate an approaching cyclist or obstacle. 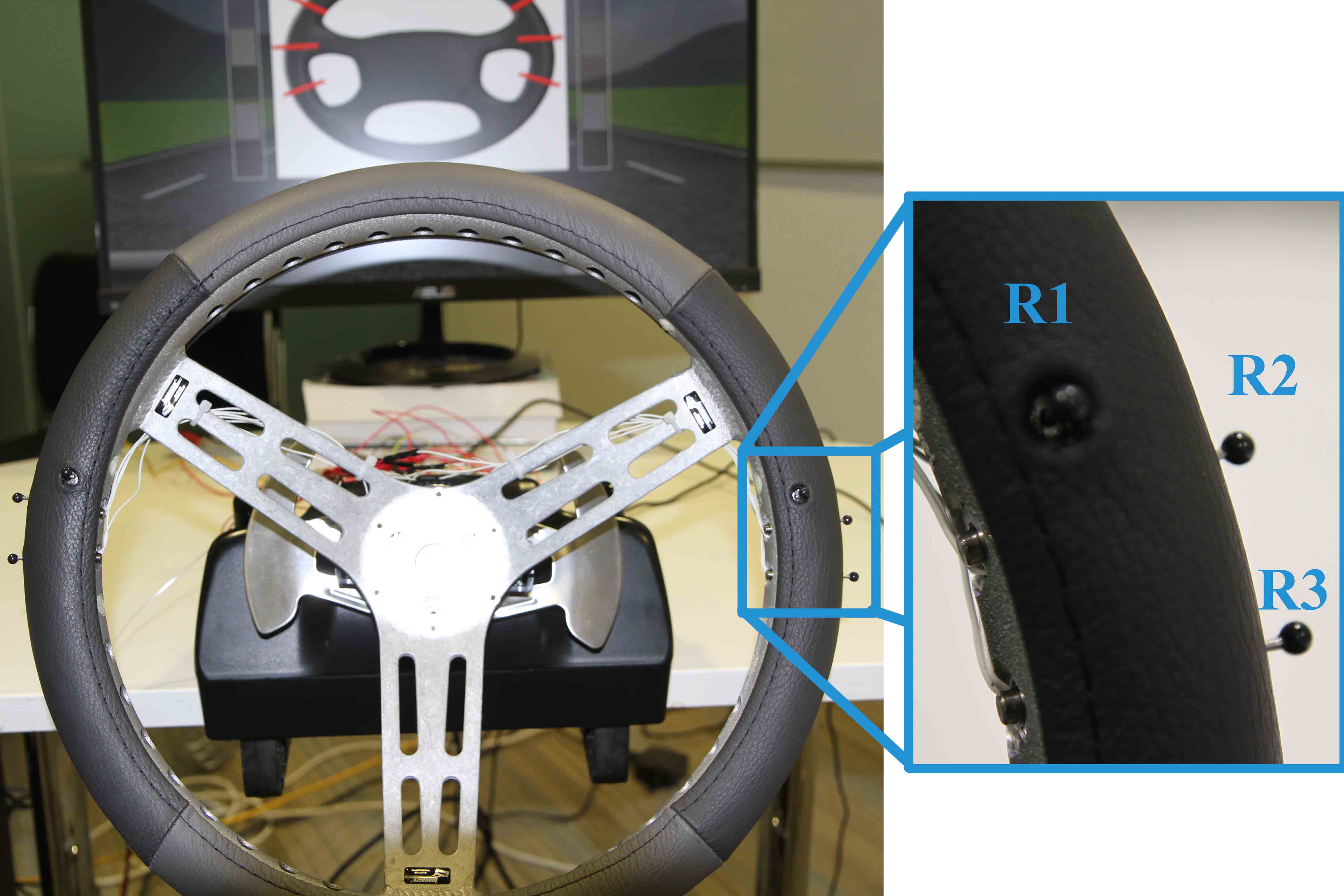 We investigated the above bimodal combinations as well as uni- and bimodal Ultrasound feedback during the Lane Change Task to assess the impact of gesturing and feedback modality on car control during more challenging driving. The results of these studies suggest that Visual and Ultrasound feedback are not appropriate for in-car usage, unless combined multimodally. If Ultrasound is used uni-modally it is more useful in a binary scenario. Findings suggest that multimodal feedback significantly reduces eyes-off-the-road time compared to Visual feedback without compromising driving performance or perceived user workload, thus it can potentially reduce crash risks. Novel design recommendations for providing feedback during mid-air gesture interaction in cars are provided, informed by the experiment findings.